After at least six years of trying to complete a run of Sassy magazine, we finally have all nine volumes on an oversize shelf in the Barnard Library! 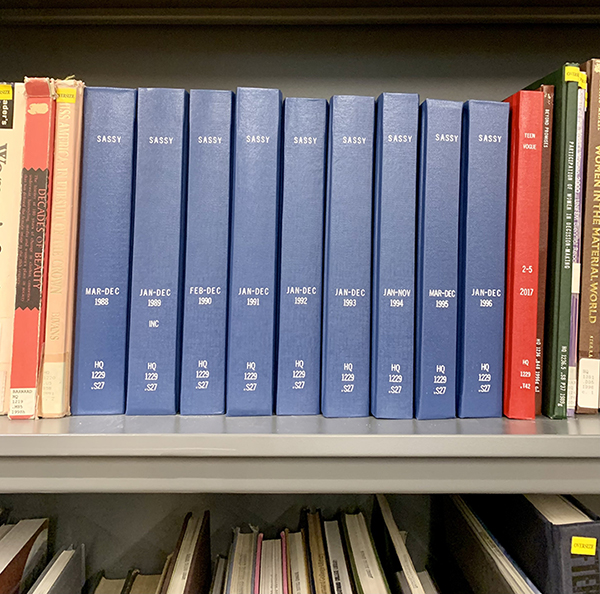 After about six years of effort, we have completed a run of Sassy, a magazine that was much beloved during its run from 1988-1994 and despised thereafter. The last issue published out of Sassy's New York City office had a featured a story called "One Girl Against the Patriarchy."

We made regular requests on Twitter, bought copies from eBay and otherwise worked out network to get the whole run. We then bound them by year to keep the magazines relatively safe. The are available for Barnard and Columbia affiliates to use in-house and articles are requestable via interlibrary loan.

Other feminist magazines we have in complete runs include: