With Valentine's Day approaching, we want folks to know that there's a place in the zine library for people who aren't interested in sex and/or romantic love. 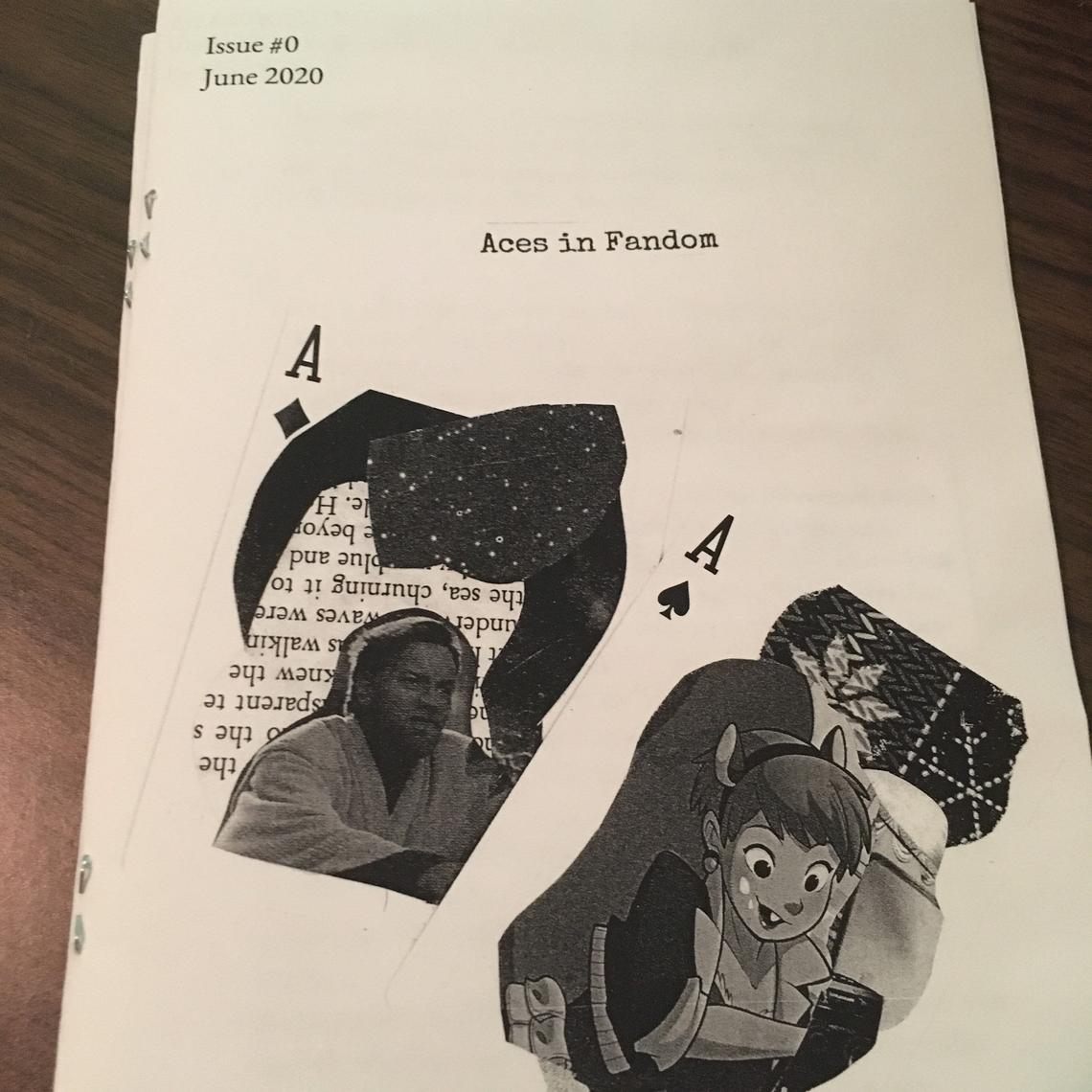 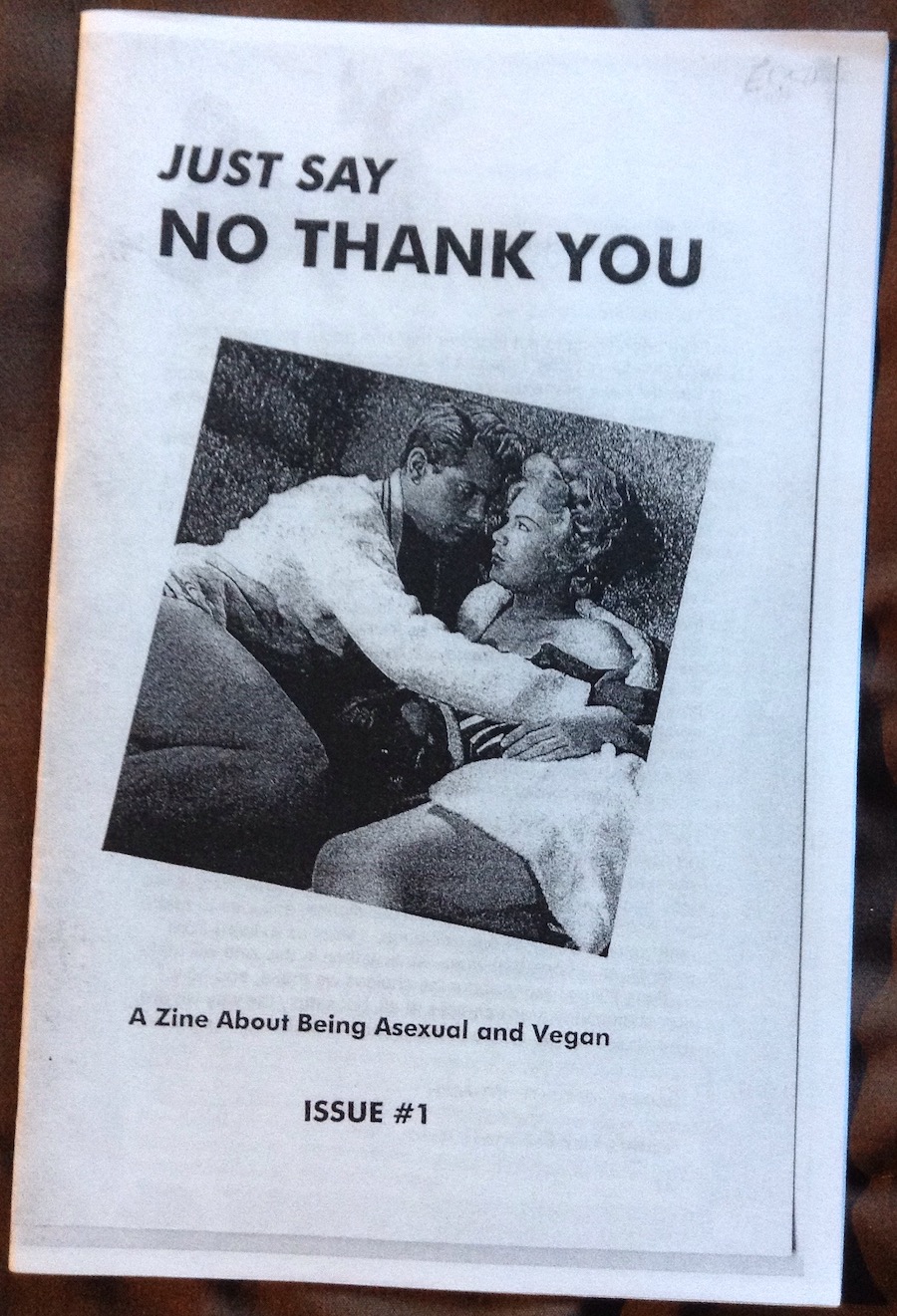 Here are a few zines in our collection with asexual content:

Aces in Fandom by Elora Powell, 2020 ★
"All proceeds from this zine go to further the work of Trans Lifeline. As members of the queer community, we stand in solidarity with our trans siblings."

Asexual Content by Olivia Montoya, 2015 ★★
Olivia compiles essays about relationships from people on the asexual spectrum. These essays range from being in a relationship with a non-asexual person, queer platonic relationships, and a dating chronology. There is a glossary for terms such as "amatonormativity" and "queer platonic." There are discussions on manipulation in relationships, religious faith, and family.

Horn and Dress: New Poems by Ianna Hawkins Owen, 2010 ★★
This zine contains experimental free verse poetry in English with Welsh phrases. Topics include a break-up, sexuality, asexuality, and travel in Greece. Money from this zine is donated to help find a cure for Rheumatoid arthritis.

Just Say No Thank You : A Zine About Being Asexual and Vegan by Star Blue, 2006 ★
This zine addresses the author's exploration of veganism and asexuality in which she hopes to provide a resource for others like herself and share common experiences. She and her contributors provide vegan recipes, personal anecdotes, cut and paste images, and a list of books and online resources.

Prude: A Sexuality Compilation edited by Lauren Jade Martin, 1996 ★★
Full of contributions from prolific zinesters, this sexuality comp zine contains first-person accounts from a variety of sexualities, with homosexuality, heterosexuality, bisexuality, and asexuality all represented. Women write about identifying and coming out as queer, questioning the "dyke-otomy," having unattainable crushes, feeling disinterested in sex, pornography and sexuality, losing their virginity, and struggling with definitions of sexuality and their place in it. This zine contains a list of contributors and the zines they do, as well as photographs, comics and clip art.

Stay Gold, Pony Boy : Queer Geek Culture and the Brony Phenomenon by Olivia Fox, 2012 ★
This illustrated zine explores and gives cultural context about My Little Pony: Friendship is Magic fans outside of the targeted demographic. There are essays on genetics and racial integration in Equestria compared with the US and the positive asexuality of the lead characters. They also cover broader topics like geek culture, the role of escapism in tabletop RPGs for queer people and trend of queerness in fan fiction and in popular culture. The author also talks about their first queer hookup, which happened in a gay bar after a night of LARPing as a Klingon from Star Trek.

Taking the Cake : An Illustrated Primer on Asexuality by Maisha, 2012 ★
23-year-old Maisha's minicomic is a primer on different types of attraction and forms of asexuality. She presents several facets of asexuality clearly and dispels myths and stereotypes. Also included are tips on dating asexuals, the best ways to be an ally, and resources. Maisha identifies as queer, cisgender, white and able-bodied.

V.Reject by Anna C., 1990s ★
V. Reject is a zine that deals with punk rock and clinical depression. The author describes herself as white, upper middle class and asexual. 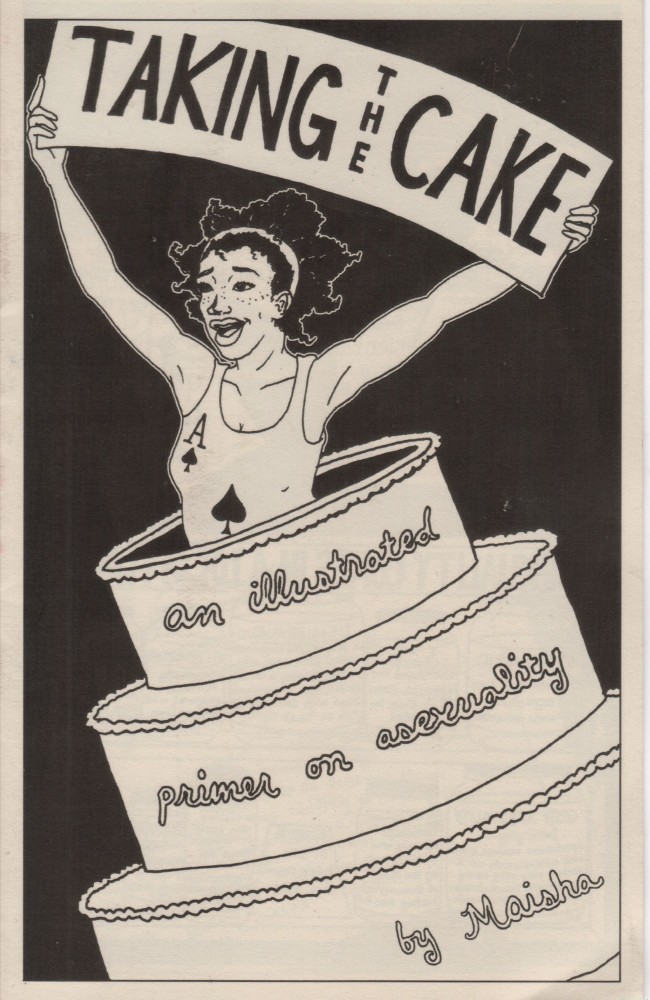 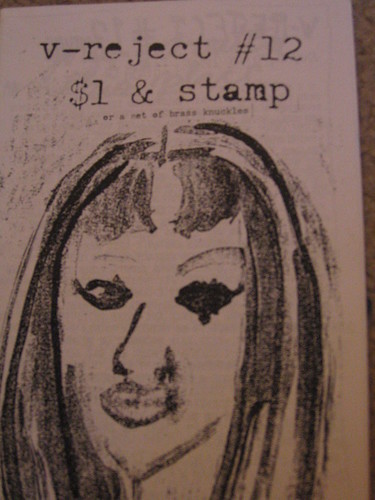